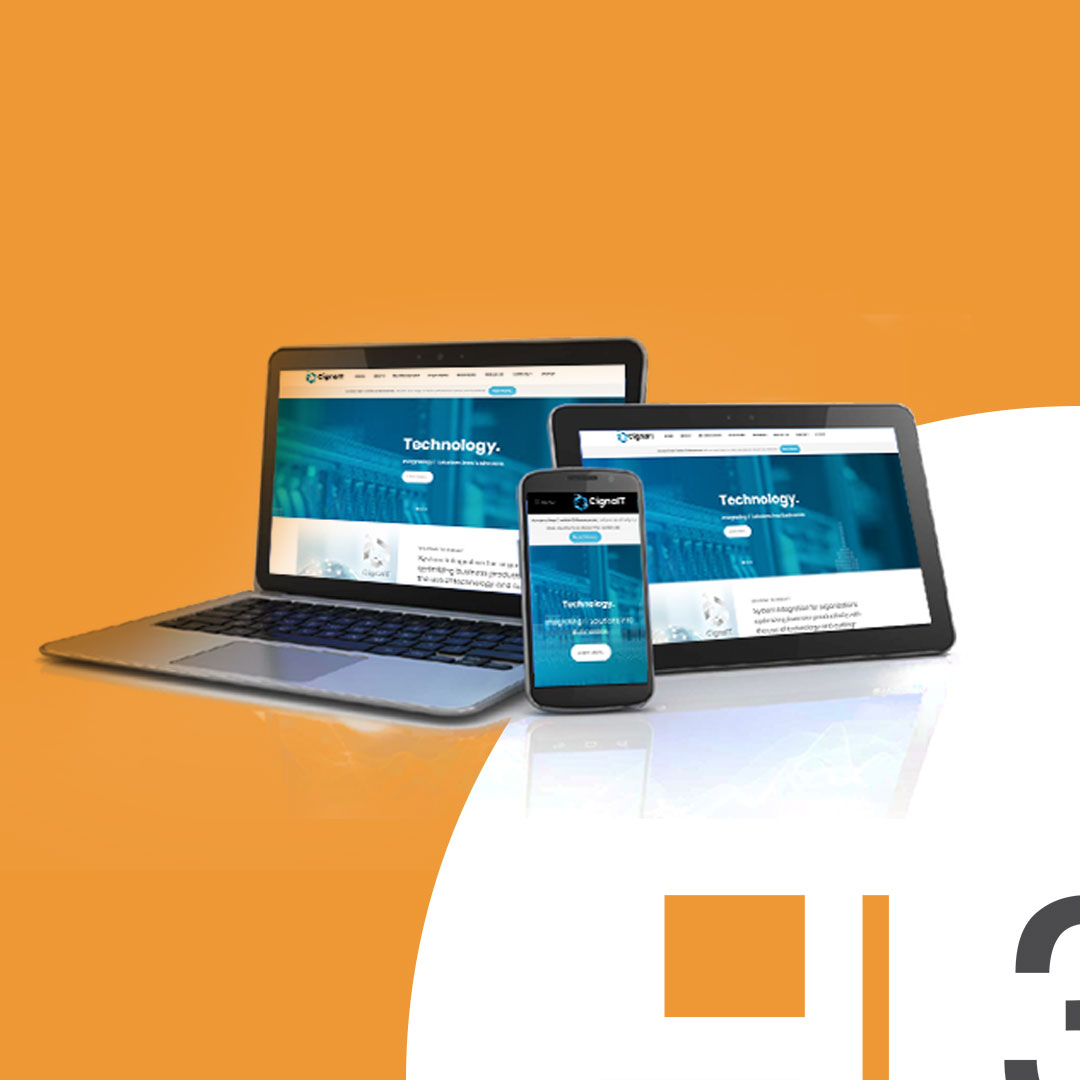 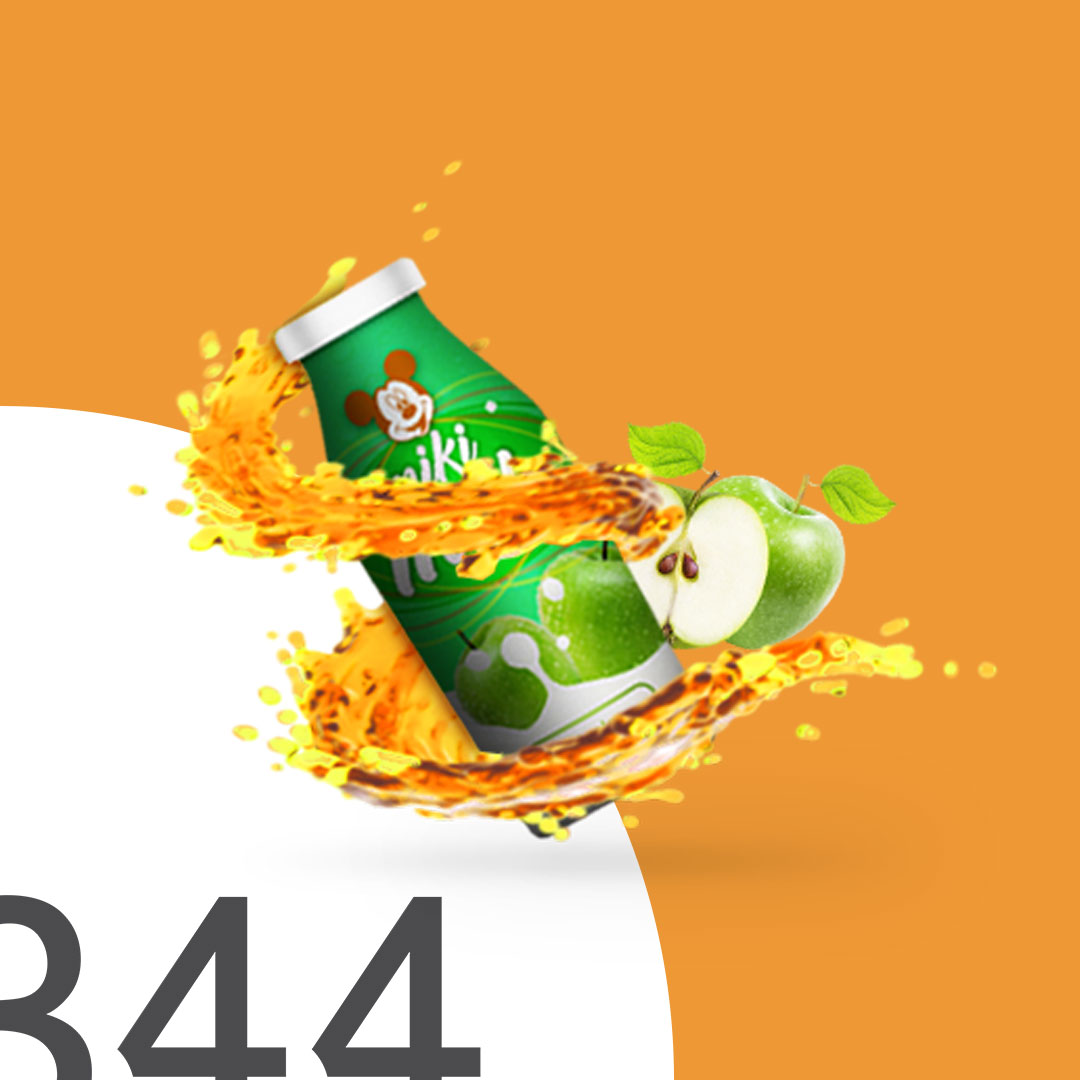 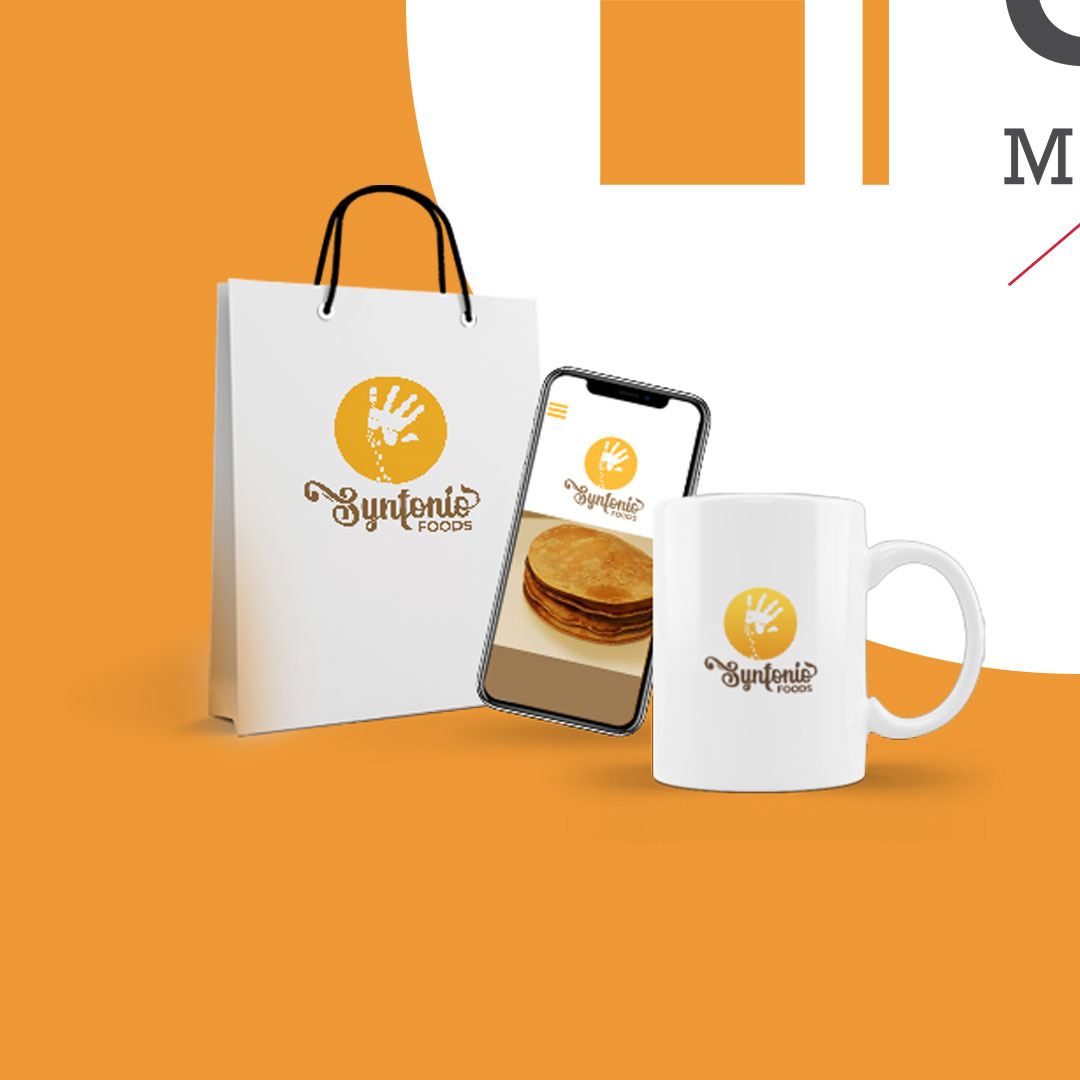 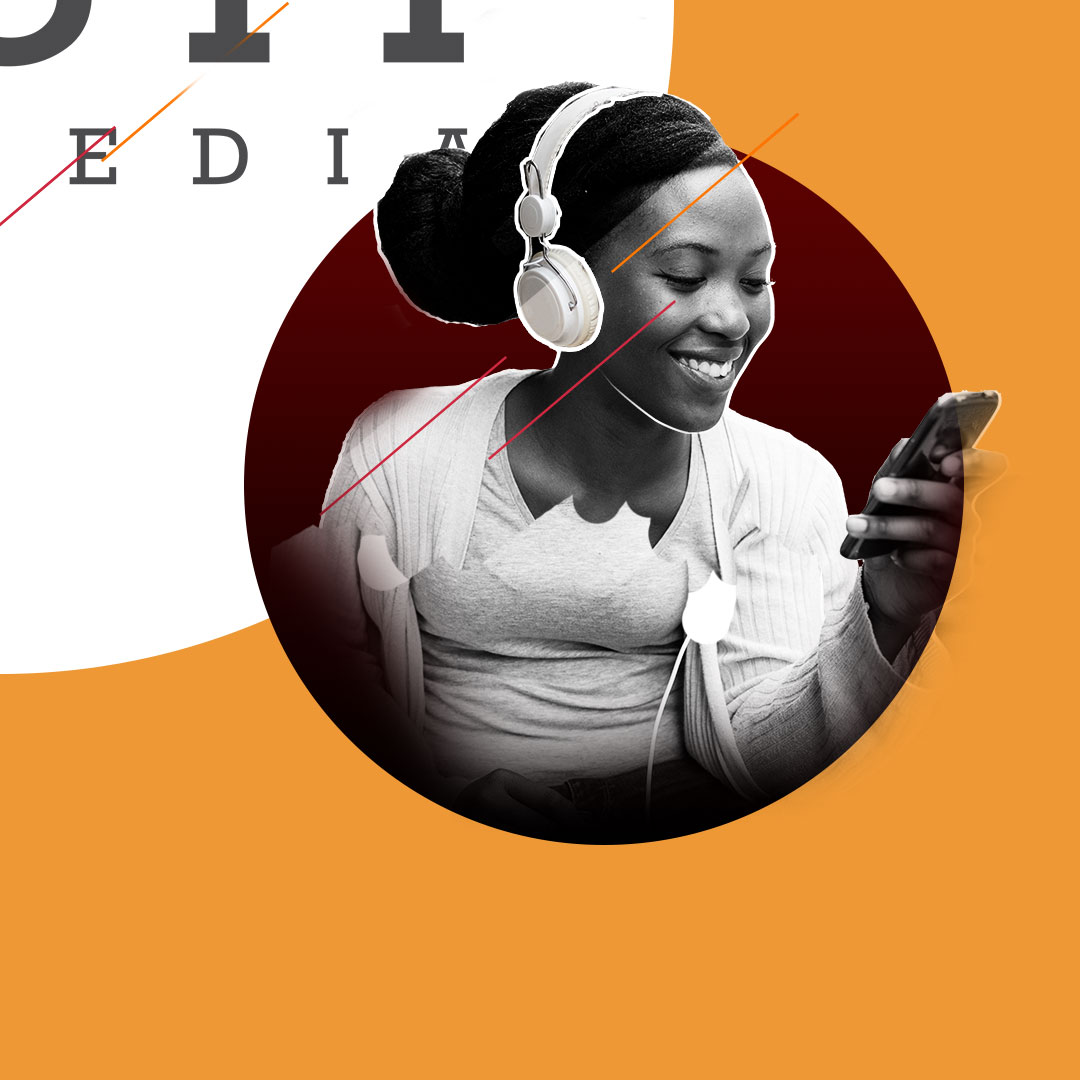 Esosa, or Mama Ronke, as she was popularly known, was a hardworking woman, who loved God, her husband and her four children…and of course, the fifth one on the way. It was the 80’s, having no more than three to four children was the norm. Not that she wanted anything outside of that, but sometimes life dealt you supposedly unexpected cards and you had to make do whilst staying in the game. Her husband was not particularly with the “cheaper-by-the-dozen” school of thought either. No. He was more of the staunch Yoruba breed that believed you didn’t have children until you had a son, or sons, if fate smiled on you more than once.

So they had to keep going after the first three children turned out to be girls. He put her through hell, due to his ignorance. Eventually, the fourth child was a boy and they decided to hang their boots. They went for the option of permanent contraception – with tying of her fallopian tubes. Not only were her tubes tied, her mind was closed to the possibility of ever getting pregnant again. This was why when she discovered that she was pregnant, she was already four months gone. It was unbelievable. She couldn’t explain how she had missed the signs for four months- a trimester and a month!

The pregnancy had started without drama but the delivery was not about to happen as quietly as the conception.

It was lunch time on Thursday, February 28, and the last of the harmattan dryness had long faded. She was in the kitchen boiling water in a pot to prepare amala when without warning, her water broke. No panic. She looked at the water on the floor and shifted her gaze back to the pot of boiling water. She thought of the mess it could make and the danger it posed if any of the children came running into the kitchen. So she got the mop stick and cleaned the floor swiftly but calmly. When she was done, her attention was back to the pot of boiling water as if nothing had happened.

Minutes later, as the children were eating their lunch, she went to the neighbors. Mrs Peters was a kind hearted Edo woman married to an Itsekiri man. Being from the same state, they had a special bond and she was the only one she trusted to look after her kids in her absence. Mrs Peters was not shocked at what she told her. She had no questions about whether she was sure that she was about to deliver. It was her fifth child, she should know. Her only concern was how she hoped to get to the hospital, seeing
P1that her husband was away on business in Port Harcourt.
“Should I send Ali to get you a ‘drop’? I don’t think you should enter cabu-cabu in this condition,” Mrs Peters offered.

Ali was the “gateman” of one of the residents in the estate but he was everybody’s favourite and trusted errand man.

“Baba Ronke had spoken to Mr. Babajide about it,” Mama Ronke explained. “We knew the EDD would be around this time. I’ve called his office, he should be here any minute.”

Mrs Peters smiled at that, only the iron lady could do that. There was admiration in her eyes as she looked at her. She looked so young-well, she was young. She was less than 30 and was about to have her fifth child.

Mr. Babajide arrived in good time. He was a smart man, he knew better than to ask her if she was sure. By now, she should know. Instead, he asked after the other children and then proceeded to help her with her bags, while she said goodbyes and gave some final instructions to her eldest daughter who was only six at the time, and thanked Mrs Peters once more.

On their way to the hospital, he kept looking at her, expecting the drama to start. At intervals, he would ask her how she felt and the answer was the same.

She saw the look on Mr. Babajide’s face, he seemed to be more worried than she was.

Anyway, most men are that way, she thought.

Her husband was hardly around for any of the others and now, he was out of town again.

As they got closer to the hospital, she could feel the baby coming like a grand event but without the pain and pressure. Other women calculated by taking note of the frequency of the contractions but all she had was a knowing. As soon as they arrived at the hospital she went in, asking him to join her when he was done parking the car and getting her bags.

The nurses were having a good laugh. She had to be joking. In their experience, the scenario always played out in a particular way. This one was different. Not different in a special way but in an impossible way.

First she had walked in by herself, which should have been impossible given her supposed state. One of the nurses peeped outside to see if there was someone else coming in that could at least give them a reasonable report on her condition. All she saw was a parked car with a man getting some items from the boot. Her driver maybe, she thought.

Secondly, she was as calm as a monk in meditation. Even if she believed what she had just told them, its implications had not dawned on her.

Jericho Hospital was one of the biggest private-owned hospitals in the largest city in West Africa. The unending rush of activity at the hospital was mostly due to the fact that it also served as a teaching hospital for a private university, and also for the unusual availability of “working” equipment and facilities. This Thursday afternoon, on the last day of February was no different and was definitely not a day to waste on first-time expectant mothers who knew nothing about being due. How could she be close to delivery, as she claimed and be this calm, not throwing a tantrum?

What they didn’t know was that, somewhere in another hospital, in a different city, she was known as “Mrs No-pain”. That she was not a first timer, and that she had her second, third and fourth without the usual drama. It was as though she exhausted all the pain in her first child’s delivery and after that, it became a walk in the park.

The nurses decided to take her to the observation room in the emergency ward but left her unattended to. They had too much on their plate and thought it okay to skip the usual routine of getting her file. Had they done that, the incident that followed would have been avoided.

He could not wait to get off. He had been on a 36-hour call and was famished. He wasn’t sure when he had last eaten- if it was before his shift or during. All he was sure of was that he could eat anything that was spicy enough for his Yoruba taste buds. He looked forward to the next 24 hours. He would catch up on life.

What was life for him? He thought. Probably a question he would answer while having an early dinner at the local amala joint down the street. Where did he and Sade stand? Their last conversation was not conclusive. He was positive she would eventually come around and give him a positive response. These days, he thought more about his future, even though he was in his penultimate year in medical school. He could hardly see a future without Shade. He could see the beautiful family they would build together, he could see a baby…but just the head…

Wait, that was no daydream, he really was staring at a woman giving birth by herself and without even thinking, he let out a scream…

Though it seemed to last forever, it was barely a second. Everyone in the observation room stood still, staring at Gbenga. The scream had gone as far as the labour room but everyone was sure it did not originate from there. It was the voice of a man and therefore couldn’t have been one in labour.

The baby’s head was out. She was giving birth all by herself. Immediately, they swung into action , with Gbenga dishing out instructions. By now he had forgotten about his break. He was not thinking about Shade or the future. He was too busy delivering a baby in the waiting room.

The delivery was successful. They had converted the observation bed space into a make-shift delivery room, putting curtains around. The nurses and Gbenga were all amazed at the young woman. She was so strong and didn’t seem to be in any pain. Their bewilderment was cut short when one of the Nurses came in with Eseosa’s file, with a knowing smile on her face as if to say, “Now it all makes sense.”

“This is your fifth child!” She said out loud and that spurred a series of murmured “no wonder” “oh, I see” among the nurses. Gbenga was far away, staring at the baby in his mother’s arms. He looked as healthy as he was. This was the first time he oversaw a delivery without supervision and he knew he would make a fine doctor and maybe one day, a CMD.

Eseosa looked at her baby boy and smiled at him. She wasn’t sure if it was her imagination, but she thought she saw him smile back. He had her eyes but the lips of his father. She was most excited about his complexion. He had her light complexion, just like her second daughter.

It was February 28 again and his wife had organised a surprise birthday party, secretly arranging for his family to come into town, unannounced.

He loved to hear the story of how he was born and his mother was ever so happy to share, after all it was his birthday.

“He later gave up the light skin for a dark one, no one knows how that happened” Eseosa said jokingly and they all laughed.

The whole family was there. His elder siblings and their spouses, with their children.

He is a grown man now, married to a very beautiful Lawyer turned Educator.

There are no comments